Two years ago at the 2017 Sydney and Melbourne UserCons, I spent time with a couple of the founders of Runecast, Stanimir Markov and Ched Smokovic and got to know a little more about their real time analytics platform for VMware based infrastructure. Fast forward to today and Runecast have continued to build on the their initial release and have continued to add features and enhancements. The most recent of those, which is the ability to report on a ESXi Hosts VMware Hardware Compatibility List (HCL) is currently in beta and will be released shortly.

Currently, Runecast checks hardware versions, drivers and firmware against existing VMware KB articles and provides proactive findings for known issues that could impact your servers. With this addition Runecast will now show the compliance status of hardware against the VMware HCL.

This feature alone literally replaces hours of work to extract the needed data and match each server from your environment against the HCL. Critically, it can inform you if, where, and why your vSphere environment is not supported by VMware because of Hardware Compatibility issues.

In terms of what it looks like, as from the screen shot above you can see the new menu item that give you the Compatibly Overview. Your hosts are listed in the main window pane and are shows as green or red depending on their status against the HCL.

Clicking on the details you are shows the details of the host against the HCL data. If the host is out of whack with the HCL you will get an explanation similar to what is seen below. (note in the BETA I have installed this was not 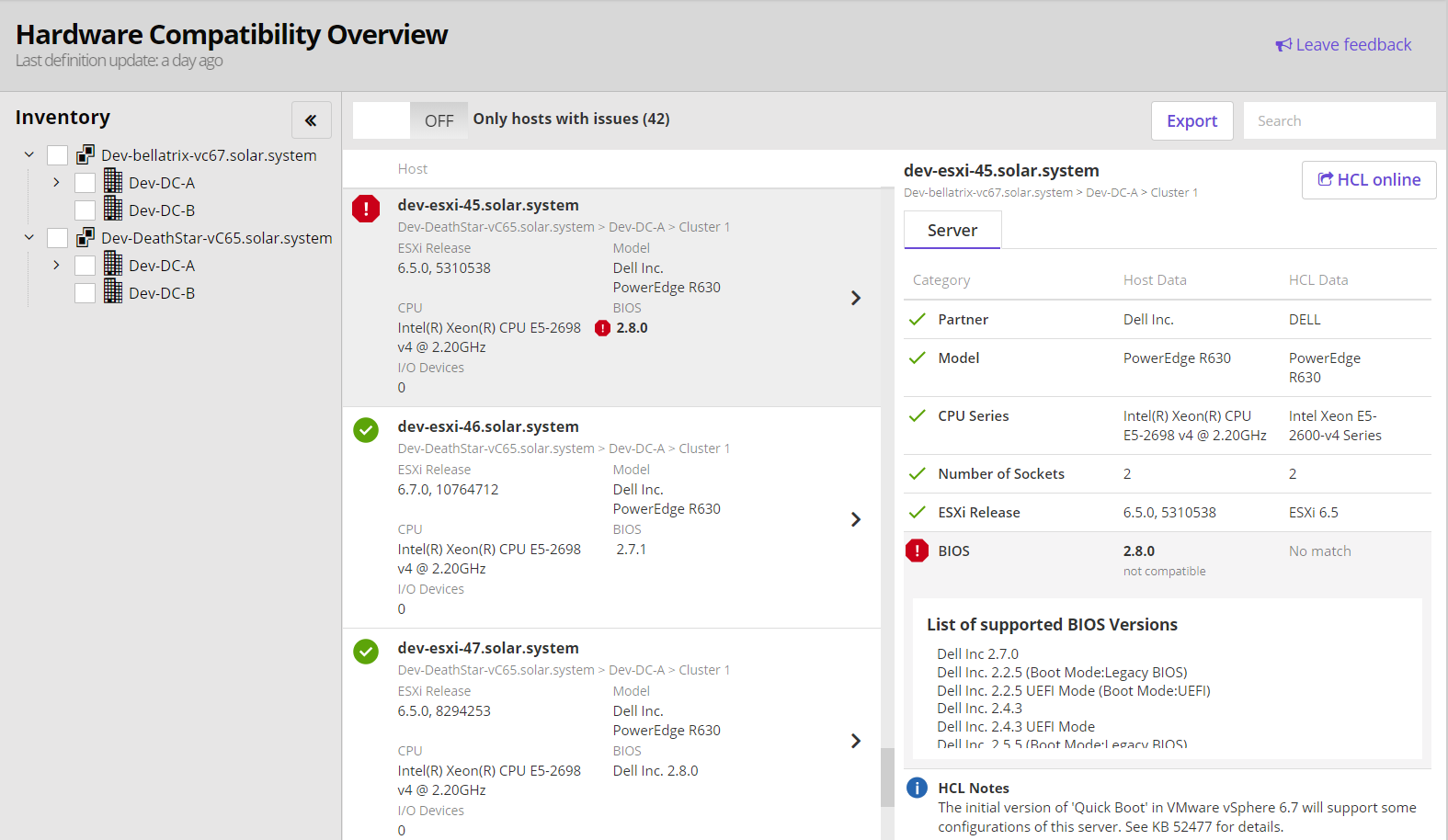 With this feature you can identify which component is incompatible and unsupported. From there it will also indicate what the supportability options are for you.

Runecast keep adding great features to their platform… and most of their features are ones which any vSphere admin would find very helpful. That is the essence of what they are trying achieve.

For more information and to apply for the beta head here:

About the Author - Anthony Spiteri

Senior Global Technologist, Product Strategy, Veeam Software Anthony Spiteri is a Senior Global Technologist, vExpert, VCIX-NV and VCAP-DCV working in the Product Strategy team at Veeam. He currently focuses on Veeam’s Service Provider products and partners. Anthony previously held Architectural Lead roles at some of Australia’s leading Cloud Providers. He is responsible for generating content, evangelism, collecting product feedback, and presenting at events worldwide. He can be found blogging on https://anthonyspiteri.net or on Twitter @anthonyspiteri.